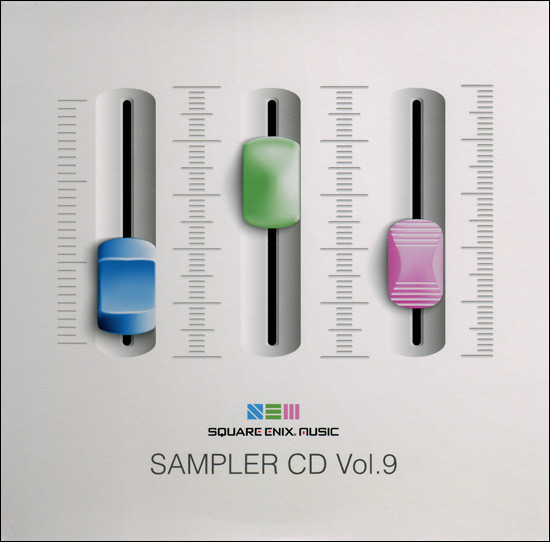 Each year for the past several years, Square Enix has released a sampler CD at their Tokyo Game Show, given to customers who make large purchases. This sampler has been used to preview upcoming releases, and more excitingly, announce albums that had not previously been announced. This year was no different, as Square Enix released their ninth such sampler.

This year’s sampler may be one of the best yet. So let’s dig right in to see what Square Enix Music is cooking!

They’ve held nothing back this year, offering full versions of tracks from across recent and upcoming releases (previous years saw shortened samples of songs instead of full-length ones). There’s a lot to look forward to from, particularly from the Motoi Sakuraba arrange album, which will seemingly delve into his Enix-published properties, including Valkyrie Profile (hopefully we see some Square love from him too), a fabulous arrangement of “Eternal Wind” from what’s being called the Square Enix Summer CD, and tasty tid-bits from Final Fantasy Explorers and Kingdom Hearts 1.5 and 2.5.

Other samples include electronic tracks from Lord of Vermillion III and the Military Tune album, standard RPG soundscapes from Chaos Rings, a Bravely Default Christmas album, a rockin’ track from Kaku-San-Sei Million Arthur, an interesting planned Final Fantasy brass album, and a very nice “Through the Gloom / Long Version” from A Realm Reborn: Final Fantasy XIV, which is a somber track featuring choir and strings that is a great closer.

There’s definitely a lot to look forward to from Square Enix this coming year, so stay tuned!